DANAMECO MEDICAL JOINT STOCK CORPORATION is also known as DANAMECO. The company has been through over 40 years of operation and development.

Quang Nam-Da Nang Medical Supplies Factory was established in 1976 by the Quang Nam-Da Nang Department of Health to undertake the task of receiving medical aid from outside, helping the local to overcome post-war consequences.

In 1986, it was retitled as Quang Nam – Da Nang Medical Equipment and Supplies Company, which specialized in manufacturing mechanical products such as beds, wardrobes, tables … for hospitals in the province.

In 1997, when Quang Nam – Da Nang province was separated into two administrative divisions, the company was transferred to be under the supervisor of Vietnam Ministry of Health, became a member of Vietnam Medical Equipment Corporation, renamed as the Tier3 National Medical Equipment Company of Da Nang in accordance with the Decision No. 34 / BYT-QD of the Minister of Health on 01/13/1997.

In 2004, the company was renamed as DANAMECO Medical Joint Stock Company under the Decision No. 3596 / QD-BYT issued by the Minister of Health on October 12, 2004 and officially came into operation as a joint stock company from July 2005.

In 2008, the company was transformed into DANAMECO Medical Joint Stock Company to match the new structure and operation mechanism.

Besides, DANAMECO was honored to receive many other achivement awards, namely: 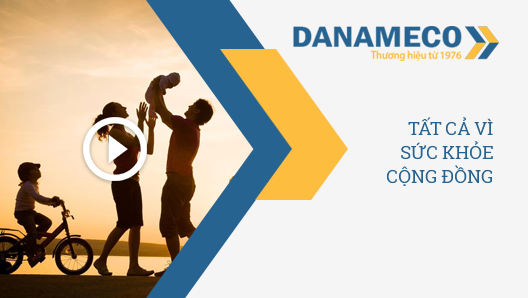